Wine is a unique piece of software that allows you to run software and games built for Windows on a Linux system like Ubuntu.

This software acts as a layer that sits between Ubuntu and the windows application. It will translate Windows system calls into a system call that Ubuntu understands.

Wine also differs from virtualization software like VirtualBox as you do not need to run a full version of Windows on top of Ubuntu.

Within this guide, we will show you how to install the latest version of Wine for Ubuntu.

Source: How to Install Wine on Ubuntu – Pi My Life Up

A lot of software comes out for Mac and Windows these days, but there are always a few games or apps that don’t make it OS X. Thankfully, you can easily port many Windows programs to OS X with a free app called Wineskin.

Wineskin is a free, open source utility that ports Windows programs to OS X so you can run them natively. It’s built on Wine, an engine made for developers to help the quickly port software. There are a few apps that do this, like previously mentioned WineBottler or commercial software like CrossOver, but we’ve had the best luck work with Wineskin.

Full article here:
How to Run Your Favorite Windows Programs on OS X with Wineskin (Lifehacker)

Wine is a free and open source application that aims to allow applications designed for Microsoft Windows to run on Unix-like operating systems. Wine also provides a software library, known as Winelib, against which developers can compile Windows applications to help port them to Unix-like systems.

Wine is a compatibility layer. It duplicates functions of Windows by providing alternative implementations of the DLLs that Windows programs call and a process to substitute for the Windows NT kernel. This method of duplication differs from other methods that might also be considered emulation, where Windows programs run in a virtual machine. In this article we are installing wine 1.7.25 version on Ubuntu 14.04.

So you love your Linux machine, but you must have that one (or probably a few) Windows program working on your machine. You found what felt like a magic wand, and installed Wine. But when you go to use that favorite app, the shortcut keys you’re used to in the Windows world just don’t work here in Linux! So what do you do?  We’ll show you how you can map and bind shortcut keys to your Wine program. We assume you already have Wine installed.

Wineskin is simply an implementation of Wine at its core. For those who are not sure what Wine (an acronym for “Wine Is Not an Emulator”) is, it is a compatibility layer capable of running Windows applications on several POSIX-compliant operating systems, including Linux and Mac OS X.

Pipelight is project that brings Silverlight to any Linux browser that supports the Netscape Plugin API. Using it, you can use services that require Silverlight, such as Netflix, in native Linux web browsers like Firefox, Chrome or Midori. 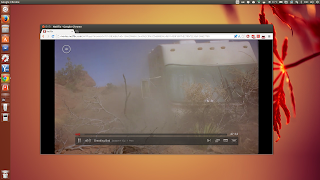 Pipelight combines the effort by Erich E. Hoover (the Netflix Desktop developer) with a new browser plugin which – unlike Netflix Desktop which requires a Windows version of Firefox to run under Wine -, lets you access services that require Microsoft Silverlight using native Linux web browsers.

This solution isn’t Wine-free because the browser plugin continues to use Wine however, this shouldn’t have a big impact on performance:

PlayOnLinux is a piece of software which allows you to easily install and use numerous apps and games designed to run with Microsoft Windows. Few apps and games are compatible with GNU/Linux at the moment and it certainly is a factor preventing the migration to this system. PlayOnLinux brings a cost-free, accessible and efficient solution to this problem. 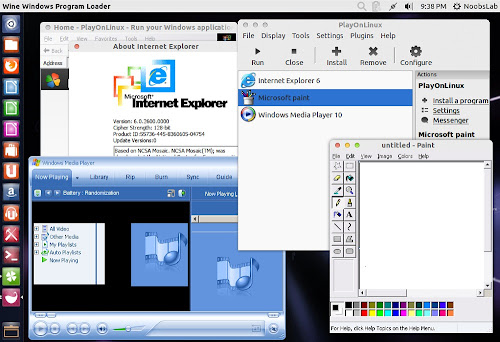 EDIT: After publishing this article we learned of another article that gives additional information on what is probably the easiest method so far:

Yesterday, developer and programmer extraordinaire Erich Hoover and I spent several hours working out all of the Netflix Desktop kinks. Most users will have no problems with installation now.

Here is how to install the Netflix Desktop App on Ubuntu. …

Should you have problems getting it to work, see:
Report Netflix App Bugs on Launchpad (iheartubuntu)

What follows is the original text of this post, which also mentions this method as one of the two choices:

Running Netflix is entirely possible in Ubuntu Linux 12.04 (and most likely any other modern distribution). See the section below “Running with Wine”.

Until recently there was no simple solution to watching streaming movies via Netflix (Watch Instantly) in Linux for any Linux distros besides Android based computers. Netflix has not released a player that will install natively in any of the others.

Read the full article here:
How to watch Netflix (Watch Instantly) in Linux (How To Wiki)